The captain of India, MS Dhoni, is convinced of the abilities of his players and believes that they can win the last Test against England and level the series.

England is currently visiting India and they have played three Tests in the four match series. The visitors have an edge while beating the home side twice as compared to one defeat and they lead the series 2-1. The present English squad is in great touch and will go in the final Test at Nagpur with positive approach to win the series convincingly. India, making use of their abilities, will have to fight well to bounce back, by winning the last match of the series.

The hosts started off well and defeated the tourists by a huge margin of nine wickets on November 19, 2012, at Sardar Patel Stadium, Motera, Ahmedabad. Engalnd had no answer to the deadly spin bowling of India and surrendered twice to the unplayable spin duo of Pragyan Ojha and Ravichandran Ashwin who grabbed 13 wickets in two innings.

England re-equipped them and surprised India by winning the second Test with a vast difference of 10 wickets on November 26, 2012, at Wankhede Stadium, Mumbai. Kevin Pietersen and Alastair Cook thrashed tons as Monty Panesar and Graeme Swann spun the rival batsmen by clinching 19 wickets.

The visitors strengthened their position by grasping the Third Test by seven wickets on December 9, 2012, at Eden Gardens, Kolkata. Alastair Cook, the skipper of England, led them from the front by plundering 190 runs well supported by Jonathan Trott, Nick Compton and Kevin Pietersen who contributed vital fifties. The Indian batsmen looked demoralized and were bowled out twice by the devastating combination of spin and fast bowling of England. The tourists went on to win the match by seven wickets and led the series 2-1.

MS Dhoni admitted that his team was unable to perform well in the last two Tests but they should not be underestimated. The present Indian team has done wonders for the nation and they need support from everyone to deliver the required results instead of criticism. He said,

“You have to be consistent. You have to keep faith in the players. People who have done a lot for Indian cricket over the years, just on the basis of one series or two Test matches or half a season, it will be difficult if you are asking questions.”

India has faced a similar situation in the three Test home series against South Africa. The first Test between the two countries ended in a draw on March 30, 2008, at MA Chidambaram Stadium, Chepauk, Chennai.

The Proteas led by Graeme Smith won the second Test by a big margin of an innings and 90 runs on April 5, 2008, which was the third day of the match. India was bowled out cheaply for a 76 mere runs followed by 328 in the second as South Africa amassed 494 runs in their first innings.

The Indian team under the leadership of MS Dhoni triumphed in the third Test by eight wickets on April 13, 2008, at Green Park, Kanpur, as the series concluded at a 1-1 draw.

MS Dhoni still has the sweet memories of the series vs. South Africa and is positive that his team will repeat the same feat in the fourth Test. Dhoni commented by saying,

“Against South Africa [in 2008], we were in a similar situation, when we were down in the series, going into Kanpur. I won’t say this is a very good situation to be in, but you get to know the character of a team or a person only in tough times. In a way it’s a good situation to be in where we have nowhere to go. We have to do well in this game.”

The much awaited fourth and final Test vs. England will commence from December 13, 2012, at Vidarbha Cricket Association Stadium, Jamtha, Nagpur.  MS Dhoni needs a spirited support from his team mates to level the series by winning the match. 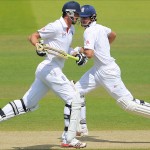 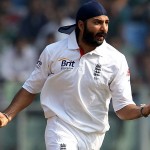 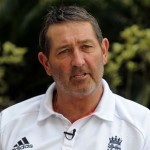 England will clinch the series against India – Graham Gooch