Johnson Charles led the Caribbeans from the front with a dedicated innings from Darren Bravo as the hosts clinched a cliff-hanger against the mighty India.

India scored 229 runs for the loss of seven wickets in the allotted 50 overs and West Indies attained the target by powering 230 with one wicket left while consuming 47.4 overs.

Johnson Charles (West Indies) was declared ‘Player of the match’ for his breezy knock of 97 off 100 balls.

The second match of the Tri-Nation Series was played on Sunday, June 30, 2013, at Sabina Park, Kingston, Jamaica.

Earlier, Kieron Pollard, the captain of the Caribbeans, won the toss and invited the Blue Shirts to bat first. Rohit Sharma and Shikhar Dhawan opened the innings nicely by scoring 25 runs in four overs with 1 six and 2 fours. Dhawan was caught and bowled by Kemar Roach for 11and Virat Kohli followed him at 39 after scoring 11 runs as well. Dinesh Karthik walked in next as Sharma kept on creeping at his end and few boundaries were added in the coming overs by the two batsmen. Karthik became the next victim at 98 when he had scored 23 and was replaced by Suresh Raina as Rohit Sharma reached his 16th ODI fifty in the 29th over.

The score was taken to 124 after 31 overs when Sharma departed for 60 off 89 balls with 1 six and 4 fours. The skipper of India, MS Dhoni, was the next batsman in while the Rival bowlers checked the scoring rate with calculated bowling. The boundaries were dried up and Dhoni was dropped at 17 on the fourth delivery of the 43rd over as Suresh Raina was caught behind by Denesh Ramdin off Roach for 44 from 55 with 4 fours. Dhoni was clean bowled by Tino Best for 27 as the Men in Blue managed 229 with three wickets left in 50 overs.

Kemar Roach, Tino Best and Darren Sammy were the top wicket takers with two each whereas Marlon Samuels held one.

The Windies started the chase in a disastrous manner by losing their three top order batsmen for 26 mere runs. The master blaster Chris Gayle, Devon Smith and Marlon Samuels went back to the pavilion for 11, 0 and 1 run respectively. Darren Bravo and the opener, Johnson Charles, started the repair work as the latter was the more aggressive of the two and hit 6 fours until the end of the 8th over. Bravo added 10 runs in the 11th over with 1 six and 1 four and Charles got his first six in the 17th one. The hundred of the innings was posted on board in the 22nd over whereas Johnson Charles attained his second ODI half century two overs later. Darren Bravo got his 10th ODI fifty with a four and was caught by Dhawan off Ravichandran Ashwin for 55 from 78 with 1 six and 5 fours.

The fourth wicket fell at 142 and the next two batsmen surrendered with the addition of just 19 runs to the total. Darren Sammy associated with Charles as the first opted to attack by dispatching 3 lofty sixes and 3 fours. The score rushed to 197 in 36.5 overs as Sammy was caught by Ashwin off Ishant Sharma for 29. Johnson Charles was unluckily dismissed for 97 off 100 deliveries comprising 4 mighty sixes and 8 fours and the home side still required 19 runs to win the game with two wickets remaining. The visitors came back in the game by grabbing the 9th wicket at 220 but Kemar Roach and Tino Best crawled to 230 with 14 balls to spare.

Umesh Yadav was the supreme bowler with three wickets, Ishant Sharma and Ravichandran Ashwin shared two each whereas Bhuvneshwar Kumar and Suresh Raina ended up with one wicket each.

West Indies won the close encounter with a narrow margin of one wicket and grasped another four points. 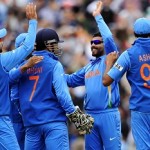 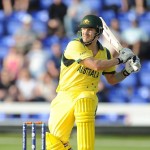