There was a time when people used to watch Pakistan bat only to see Shahid Afridi hit those balls out of the park. It was implied that whenever he has the bat in his hand, we are going to get the value for our money. A proof of this is that out of the 7665 runs that he has scored 1998 runs have been scored of 6’s. So, the maximum hit in batting comprises about 25% of the total runs that Afridi has scored in ODIs. He also holds the record of hitting the most number of 6’s in ODI history.

When you have records like these backing you up, you are one of the most destructive batsmen of the world. Not only that, his fans around the world call him Boom-Boom Afridi because of his aggressive batting style. This player who up until last year held the record for the fastest ODI hundred (37 balls) achieved all that is mentioned above because he batted right up the order.

But recently all these claims about Shahid Afridi are contradicting themselves and for the sole reason that he is coming down the order to bat. The current Pakistan batting line-up is miles below par. They struggle to even chase targets that are borderline 200 on wickets that are supposedly batting friendly and it is because of the hard-work of their bowlers that the target set for them is usually a borderline 200. Just recently they lost the 3rd ODI against Australia, where they had to chase just 2 runs of the last over and they failed to do so against the mediocre bowling of Glenn Maxwell. A ban on Saeed Ajmal for chucking is also a very hard blow for the Pakistani team considering the fact that he was the best spinner in the world before his ban. Shahid Afridi is the oldest and the most experienced member of the team, What is his role in this team then?

Contrary to how he started, Afridi is now batting down the order and not even at 4 or 5, he is batting as low as 6, 7 and 8. So when Pakistan needs a blistering start, the man who could do it is sitting in the pavilion and sipping tea, waiting for 5 batsmen to come back and then go out to bat. By the time Afridi gets in, the team is already on the back foot and nothing can be done. Even if something can be done, Shahid Afridi is not the man you look up to when you need someone to bat along with the tail.

In his 384 match ODI career, Shahid Afridi averages a mere 23.22, which is as low as it can be for a batsman. Let’s say Shahid Afridi is a bowling all-rounder, even then he has only taken 383 wickets in 384 matches, which is less than 1 wicket per match. Again, a very poor record statistically averaging only at 34.08.  If we inter-change his batting average with bowling and vice versa, then we can substantiate that he is a proper all rounder. Statistically speaking, it is very difficult to know how Shahid Afridi has been a regular member of the team since 1996.

That confusion can be sorted out with this. Shahid Afridi came into the team as an opening batsman whose only job was to give a quick start to the team and for years he succeeded doing that job. Years later when he became a senior member of the team he was encumbered other responsibilities and thus came the downfall of this player. It is expected that a player like Shahid Afridi could do what he did while opening and win a match for the team and it is the effect of those initial innings that even now it is expected that he would click in one of those innings and win that match but is it worth waiting for that match by wasting one crucial spot in the team?

Shahid Afridi is a player who can give you a Boom Boom start and lay the foundation of the innings, any other expectation from the player will and has resulted in the state of the cricketer that we see today, from Boom Boom to a Phus. 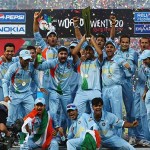 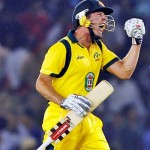 Top 10 most expensive overs in ODIs 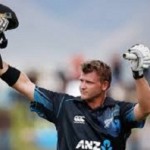 10 fastest hundreds in One Day Internationals