The Australians have dominated the on-going four Test series by winning the first two Tests at Melbourne and Sydney against India by their sheer team work and have outplayed the visitors almost in every department of the game. The Kangaroo quickies ripped through their batting in both matches. Their batsmen gave a sterling performance in the second encounter by piling up huge total of 659 runs in the only innings they played with the assistance of tons by three of them.

Both teams have played three Tests at Western Australia Cricket Association Ground, Perth, Australia has won two while India beat them on their last trip in 2008. We will highlight the performance of both teams in the past at WACA along with the results of those games.

They will face each other in the third Test at Western Australia Cricket Association Ground, Perth, which will start from January 13, 2012. It will be an important game for the Indians and especially their batsmen have to perform well to give their bowlers a reasonable score to defend. They are capable of bouncing back in the series by winning at WACA, Perth, otherwise the Kangaroos will register their name as ‘the winner of the 2011-12, series’. 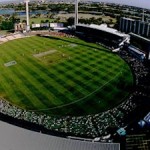 Get ready for another burst at Perth 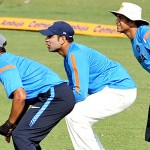