The final match of the star studded IPL 2012 came to an end on May 27, 2012 and few ex-international bowlers did their best to make the event wonderful.

The performance of these bowlers in the Indian Premier League 2012 is being highlighted by their achievements in the tournament.

The off spin legend of the cricketing world made his debut in T20 against New Zealand on December 22, 2006, at Westpac Stadium, Wellington and claimed two wickets. He played last match vs. Australia at Western Australia Cricket Association Ground, Perth, on October 31, 2010 and was unable to pick a wicket. He took part in 12 T20s and  got 13 wickets at an average of 22.84 runs per wicket with the best of 3-29 runs.

Vettori made his debut for the Kiwis against Kenya on September 12, 2007 at Kingsmead, Durban and claimed two wickets. He appeared in his last game vs. Sri Lanka on May 23, 2010 in Lauderhill and did not pick any wicket.

Vettori was the skipper of the Royal Challengers Bangalore, played 9 matches and held five wickets averaging 47.00 with the best of 1-20.

Balaji represented India in One Day Internationals and Test Cricket but did not play any Twenty 20 match.

Harbhajan made his debut against South Africa on December 1, 2006 at New Wanderers Stadium, Johannesburg and took one wicket. He played his last match against West Indies on June 4, 2011 at Queens Park Oval, Port of Spain, Trinidad and held wickets wicket.

Harbhajan led Mumbai Indians in the IPL 2012, participated in 17 matches and managed just 6 wickets at a high average of 64.00.

RP Singh played his first match against Scotland, which was abandoned due to weather, on September 13, 2007 at Kingsmead, Durban. He played his last match vs. South Africa on June 16, 2009 at Trent Bridge, Nottingham and managed one wicket.

Nehra made his debut vs. Sri Lanka on December 9, 2009 in Nagpur and secured one wicket. He made his last appearance on January 9, 2011 at Moses Mabhida Stadium, Durban, against South Africa and claimed two wickets.

Nehra was part of the Pune Warriors squad, played 13 matches and claimed 11 wickets at an average of 36.54 and carried the best figures of 3-23.

Kartik played his only T20 against Australia on October 20, 2007 at Brabourne Stadium, Mumbai and remained wicketless.

The 35-year-old represented Pune Warriors, took part in 11 matches and managed just four wickets at a hefty average of 66.50 with the best of 2-14.

Steyn made his debut against New Zealand on November 23, 2007 at New Wanderers Stadium, Johannesburg and picked one wicket. He played his last match vs. West Indies on May 20, 2010 in Antigua and took one wicket in the game.

Steyn was among the best performers of the tournament and grabbed 18 wickets at an awesome average of 15.83 with the best of 3-8.

Tait played his first match vs. New Zealand on December 11, 2007 at WACA, Perth and claimed a couple of wickets. His last appearance was against England at Melbourne Cricket Ground on January 14, 2011, where he held one wicket.

He was a member of Rajasthan Royals, played 6 matches and secured 6 wickets averaging 25.16 with the best of 3-13.

Hilfenhaus made debut against England on January 9, 2007 at Sydney Cricket Ground and got two wickets. His last game was recorded vs. Pakistan on May 7, 2009 at Dubai International Cricket Stadium where he took one wicket.

Hilfenhaus was a proud member of the Chennai Super Kings, played 9 matches and grabbed 14 wickets at a fantastic average of 16.64 runs per wicket with the best of 3-27 runs. 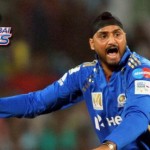 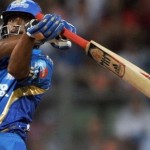 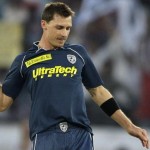