At a time when the popularity of the sport is rising, people long for more competition and rivalry. Compared to other sports where even the smallest of Nations make their mark, cricket, has become an oligopoly of the top 8 Nations who ultimately end up fighting for all the major honours. And it has become clichéd for the spectators and fans of the game.

An India-Sri Lanka series resembles a practice session that appears to take place every now and then. And after a point of time, even rivalries seem to become boring; people end up ‘least bothered’ about what’s happening in the cricketing scenario.

What becomes incomprehensible is why the ICC, instead of opening up to the Associate Nations too keen to become regular competitors, is adamant on shutting the doors for them and insistent on the oligopoly to continue. Perhaps the decision to make the World Cup a ten-nation event from 2015 onwards is the most hilarious and laughable decision by a world governing body. For Nations like Ireland, in particular, it just spells injustice.

A local derby like England vs. Ireland, comparable to an India-Pakistan or a Trans-Tasman battle is no small deal for either of the Nations, with more than pride at stake. That too in a World Cup; too big to ignore as a ‘Big vs. Small’ encounter. If the recent World Cup is anything to go by, Ireland removed all doubts. A win against their closest rivals by chasing a massive 328 despite losing half their side with more than 200 runs remaining to be scored, is more than just an achievement. It was not just a win that set the Irish pubs on fire; it was a statement of intent, a rallying cry to the top nations.

Having already shocked Pakistan in 2007, it was England’s turn in 2011. In spite of this, if the ICC chooses to ignore the rise of new powers, calling them foolish would be just an understatement. The story doesn’t stop here though. Teams like Netherlands and Canada too, have great potential. However, it is really a pity that they aren’t given a chance to play on a larger scale and prove themselves.

Making the Associates visible just once in four years, directly in a World Championship when they have no experience in regular bilateral/tri-nation series cricket, and ultimately discarding them from the world scenario citing ‘quality’ reasons, makes absolutely no sense.
It is surprising to note that even Nations like Argentina and Uganda compete in the fifth division of cricket qualifiers. But the question is, why keep them at a level where there is no chance for them to raise it? Why not increase the influence in such Nations by sending the reserve teams of the established nations for series and friendlies, giving both sides a chance to raise their game?

It seems the ICC is in no mood to spread the game. Seeing a German flag in an encounter between England and South Africa makes one think, “Do they wish they were here? If yes, why not give them the chance?”

Having these teams enter the world cricketing scene will just increase passion, excitement and competition. India would be excited at the prospect of a tour to France, rather than an annual trip south to Lanka. Having Brazil play Argentina in a major tournament would be as exciting as Australia playing New Zealand. And people would enjoy the fixtures as much as anything else, eventually making cricket truly a Global affair. 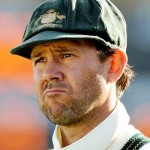 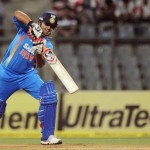