The little master, Sachin Tendulkar, has conquered all types of bowling across the world with his class batting but now he feels timid while facing quick bowling.

The master blaster created a unique world record by thrashing his 100th International century against Bangladesh in the One Day International played on March 16, 2012, at Shere Bangla National Stadium, Mirpur. He has hammered most centuries in Test (51) as well as in ODI (49) and it looks difficult for someone to break his record in the near future.

The 39-year-old, has played 190 Tests for India and holds the record of being the highest run scorer in the longer version of the game. He piled up 15533 runs at an excellent average of 55.08, the best of unbeaten 248 with 51 hundreds and 65 fifties.

The right hand batsman is the highest scorer in One Day International by amassing 18426 runs at an outstanding average of 44.83, the best of unbeaten 200 with 49 tons and 96 half centuries.

Sachin Tendulkar found it difficult to adjust himself while playing against the fast bowlers in the recent past. We will highlight his performance in the Test matches since July 2011, and his wickets taken by the quick bowlers. He took part in 13 Tests from July 21, 2011 until September 3, 2012,  home and abroad, he played 24 innings, the pace bowlers dismissed him 18 times, spinners 5 and was run out once.

The following figures indicate his performance against the fast bowlers in the 13 Tests he played for India.

Sachin Tendulkar needs more concentration and he should change his technique to cope with the quick bowlers and reinforce his supremacy in cricket with his powerful batting. 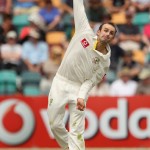 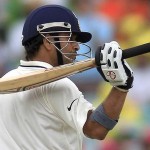