The misery for the Englishmen continued in the ICC T20 World Cup when they were humiliated by the minnow, Netherlands, in their final game of the tournament.

The Dutch team scored 133 runs after losing five wickets in 20 overs and England was bowled out for 88 mere runs with 14 balls still available.

Mudassar Bukhari (Netherlands) was declared ‘Player of the match’ for his lethal fast bowling in the game.

Earlier, Stuart Broad won the toss for England and offered the batting to Netherlands. Michael Swart and Stephan Myburgh got off to a rising start by scoring 32 runs in three overs. The first lost his wicket at 34 for 13 and was replaced by Wesley Barresi who was dropped at 8 by Michael Lumb. The run rate was speeded up by the two batsmen and they took the score to 84 in 11.1 overs when Myburgh was gone for 39. Barresi kept on cruising with a little assistance at the other end and he was the fifth batsman who went back to the pavilion at 131 for 48 off 45 balls with 2 lofty sixes and even fours. The Dutch team managed 133 with five wickets remaining at the end of the 20th over.

Stuart Broad was the main wicket taker with three whereas Chris Jordan and Ravi Bopara held one each.

England had an unbelievable beginning as Mudassar Bukhari, the rival fast bowler, got rid of their openers at 19. The middle order batting surrendered without any resistance and they were reeling at 6-52 in 11.4 overs. Ravi Bopara and Chris Jordan shared a 22 runs longest partnership of the innings as the first departed for 18. The seventh wicket fell at 74 and Jordan followed two runs later for 14. The tail was removed quickly and the entire innings of England was folded back for just 88 runs in 17.4 overs.

Mudassar Bukhari and Logan van Beek were the highest wicket takers while grabbing three each whereas Timm van der Gugten and Peter Borren shared one wicket each.

Netherlands clinched their final encounter by a big margin of 45 runs and got two points. 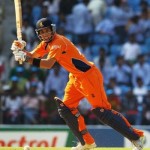 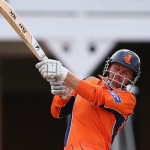 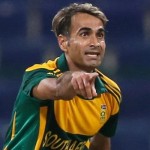 A hard fought win for the Proteas vs. Netherlands