The much awaited clash between the two neighbour heavyweights, India and Pakistan will re-appear on the cricket horizon and is welcomed by cricket lovers.

Both super powers of the cricketing world discontinued their ties after the Mumbai rebels attacks in 2008. Pakistan suffered another blow when the visiting Sri Lankan team was attacked by terrorists on March 3, 2009, in Lahore. It was the third day of the second Test between the two countries when the coach of the Sri Lankan Players was ambushed near Gaddafi Stadium, Lahore. The game was abandoned as the visitors packed up and flew back home on the first available flight.

The claims of India were further strengthened by the Lahore attack and until today not a single cricket team representing any country has visited Pakistan. The Green Shirts staged all their home series at neutral venues after the sad incident which has resulted in deserted local stadiums and the cricket fans of the country have suffered immensely.

India and Pakistan cricket teams met only in the international tournaments and bi-lateral ties were suspended for a long time. The ice started melting after both sides met in the semi-final of the ICC Cricket World Cup 2011, which was played on March 30, 2011, at Punjab Cricket Association Stadium, Mohali, Chandigarh. The then Prime Minister of Pakistan, Syed Yousuf Raza Gilani, was invited by his counterpart, the Indian Prime Minister, Manmohan Singh. Both heads of state witnessed the steaming semi-final which was won by the Blue Shirts by a margin of 29 runs.

The Prime Ministers of both nations agreed to start the cricketing relationships and the respective boards took off for the cause. The back door diplomacy kept on working for the rehabilitation of the scheduled series between the two countries. The cricket giants met again in the 5th match of the Asia Cup 2012, at Shere Bangla National Stadium, Mirpur on March 18, 2012, that was grabbed by India with a huge margin of six wickets. Their last encounter took place in the ICC World Twenty20, 2012, at R Premadasa Stadium, Colombo, on September 30, 2012, and the Green Shirts lost the encounter by a hefty margin of eight wickets.

The governments of India and Pakistan were in constant touch for normalisation of the relations between the two countries other than cricket. The foreign minister of Pakistan, Hina Rabbani Khar, also visited India and cricket was in the agenda as well. The Board of Control for Cricket in India (BCCI) and the Pakistan Cricket Board (PCB) held their meetings at different forums.

The chairman of PCB, Chaudhry Zaka Ashraf, was more dedicated towards the normalisation of cricket ties. The president of BCCI, Narayanaswami Srinivasan, played a key role and the positive attitude from the Indian board resulted in the short series. It was difficult to manage even a mini series due to the tight schedule of the Indian team but somehow, they got a window during the current visit of the English team. Zaka Ashraf was pleased with the decision of BCCI and commented,

“You can’t just clap with one hand,” Ashraf said. “Both countries needed each other to eventually strengthen the relationship and this series will be a big breakthrough.”

Rajiv Shukla, the vice-President of BCCI, who is also holding an important portfolio in the Indian Government, hailed the removal of deadlock which will bring the people of the two nations closer. He said,

“It’s very significant for both countries. We need to engage with each other through diplomatic and unofficial, people to people exchanges. We experienced this in the 2004-2005 [tour] and I expect it will happen again once the series begins. There will be a change in the political atmosphere.”

The Home Ministry and the security agencies of India extended their arms by announcing that they will issue 5,000 visas for the Pakistan Cricket fans for the cricket matches. It will be a new beginning for the revival of cricket between the two nations and Pakistan will be the most benefitted out of it. The normalisation of cricket affairs can be a strong base for foreign teams to visit Pakistan.

All eyes are fixed at the moment on December 25, 2012, when a cracking series will commence between Pakistan and India. Below is the schedule of the series: 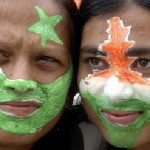 India to welcome Pakistan for limited over cricket 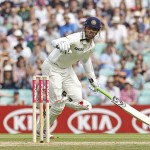 Most Run Out Batsmen in ODIs