A powerful batting from Dinesh Karthik and Rohit Sharma followed by the lethal bowling of the Mumbai Indians bowlers won them the match vs. Delhi Daredevils.

Mumbai Indians piled up 209 runs with half of their team back in the pavilion at the end of the stipulated 20 overs and Delhi Daredevils managed 165 runs with one wicket remaining .

Dinesh Karthik (Mumbai Indians) was announced ‘Player of the match’ for his superb knock of 86 from 48 balls.

The 10th match of the Indian Premier League was played on Tuesday, April 9, 2013, at Wankhede Stadium, Mumbai.

Ricky Ponting won the toss for Mumbai Indians and opted to bat first on a fine home pitch. They had a shocking start when the first two wickets were gone for just one run as Ponting and Sachin Tendulkar scored 0 and 1 run respectively. The young duo of  Dinesh Karthik and Rohit Sharma preferred to attack as the first hit 3 fours in two overs followed by 1 six and a couple of fours in the sixth over. Rohit Sharma dispatched his first boundary on the 13th ball he faced that resulted in a six whereas Karthik rushed to his half century in the 9th over with 3 fours. The latter was the most aggressive of the two, the boundaries kept on flourishing from his wood and he spared no bowler in the process.

The second wicket association produced 132 valuable runs in just 79 deliveries when Dinesh Karthik was caught by Jeevan Mendis at extra cover off Morne Morkel for 86 from 48 mere balls with 2 glorious sixes and 14 sweetly timed fours. Sharma added another 3 fours in the 15th over and completed his fifty in the 17th over. Kieron Pollard scored 13 runs and Ambati Rayudu posted 24 quick fired runs off just eight balls with 2 sixes and even fours. Rohit Sharma remained unbeaten for 74 off  just 50 balls comprising 5 giant sixes and 4 fours as Mumbai Indians amassed 209 runs for the loss of five wickets in 20 overs.

Ashish Nehra was the top wicket taker with two whereas Irfan Pathan and Morne Morkel claimed one wicket each.

Delhi Daredevils did not have a reasonable beginning either since they lost Unmukt Chand and their skipper, Mahela Jayawardene, for 0 and 3 runs. Manprit Juneja joined in next with the opener David Warner who hit the first six of the innings in the fourth over. Juneja hit 3 fours and the tempo of scoring was lifted by the two whereas Warner attained his fifty on the last ball of the 10th over with a four. David Warner hit 1 six and 1 four on the first three balls of the next over but lost his wicket on the fourth delivery for 61 off just 37 with 4 towering sixes and 5 fours.

The third wicket fell at 95 and it was left to Juneja to enhance the scoring since the wickets kept on sliding from the other end regularly. The rival bowlers ripped through the middle and lower order batting of  Delhi Daredevils and Manprit Juneja was the 8th batsman who surrendered for 49 off 40 balls with 6 fours. Morne Morkel played a breezy knock of 23 from 9 deliveries with 1 six and 3 fours as his team managed 165 runs for the loss of nine wickets at the end of the 20th over.

Mumbai Indians grabbed the match convincingly by a margin of 44 runs and added two points to their table. 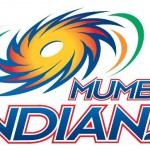