The fast bowling trio of the Kangaroos, Mitchell Johnson, Ryan Harris and James Pattinson destroyed the batting of the Proteas who are at the receiving end.

Australia declared their first innings at 494 after losing seven wickets in 127.4 overs and scored 27 without loss in the second whereas the first innings of the Proteas was folded back for 287 after 82.5 overs.

Earlier, the Aussies declared their first innings at the overnight score of 7-494 and got the important wicket of the rival skipper, Graeme Smith for just five. Dean Elger was gone for 11 as Hashim Amla joined in with Alviro Petersen who was playing an aggressive knock. The latter attained his 8th Test fifty on the 50th ball but lost his wicket at 95 after contributing 53 runs.

AB de Villiers appeared in the park next while Amla kept on creeping at the other end. The partnership was broken at 121 when the latter was clean bowled by Ryan Harris for 38 and his partner departed 12 runs later after scoring 14 runs. The home side was in dire trouble at 6-146 as Faf du Plessis and Vernon Philander got together in the center. The first survived a stumping chance at 30 and the second hundred of the innings was displayed on board in the 58th over.

Faf du Plessis reached his fourth Test fifty with a four whereas Philander kept on consolidating at his side. The association was finally separated at 241 when the first was caught at gully by David Warner off Mitchell Johnson for 67. Vernon Philander remained unbeaten for 37 and Dale Steyn scored 28 as the home side was bowled out for 287after availing 82.5 overs.

Australia gained a deciding lead of 207 but Michael Clarke did not enforce the follow on and opted to bat for the second time. David Warner along with Chris Rogers survived the remaining six overs of the day and held their ends with 25 and 1 as the Kangaroos managed 27 without loss.

Australia is on the driving seat with a lead of 234 runs and all their second innings wickets intact while they are anticipating winning the Test. 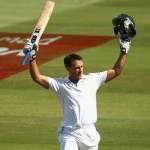 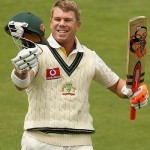