The supreme quick bowler of South Africa, Dale Steyn, restricted India within limits after the visitors commenced the 2nd day in a commanding position of 1-181.

The tourists smashed 334 runs before their innings was rolled back in 111.3 0vers and the Proteas managed 0-82 after consuming 20 overs.

Earlier, India went into bat at 181 after losing just one wicket in 61 overs whereas Murali Vijay and Cheteshwar Pujara were in the center at 91 and 58. They took of well and surpassed the 150 runs partnership in the 64th over as Dale Steyn removed Pujara at 198 for his personal feat of 70 runs. Vijay followed him one run later for 97 and Rohit Sharma was clean bowled by Steyn for a duck.

Virat Kohli along with Ajinkya Rahane started the repair work with the assistance of regular boundaries. They extended the partnership to 265 when the first lost his wicket for 46 and was replaced by his skipper, MS Dhoni who became the next victim for 24. The lower order batsmen were unable to deliver as Rahane reached his maiden Test fifty and remained unbeaten for 51 while the tourists were bowled out for 334.

Dale Steyn was the star performer with the ball and grabbed six wickets, Morne Morkel held three whereas Jean-Paul Duminy got one wicket.

The Proteas captain, Graeme Smith, and Alviro Petersen provided their side with a solid start by scoring 50 runs in 13 overs. The duo did not take any risk and kept on consolidating the innings of the hosts with determination. Petersen was playing on 46 and Graeme Smith held his end for 35 as the hosts smashed 82 without any loss at the end of the day’s play.

The South African openers have given a great beginning to their team and they have laid down a solid platform for the incoming batsmen. 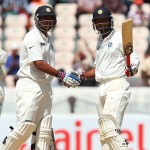 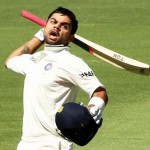 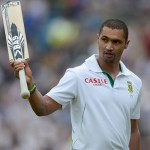