The Indian selectors have announced a balanced national team, under the captaincy of MS Dhoni, that will play in the two Tests against the visiting New Zealand.

The retirement from international cricket of the ex-wall of India, Rahul Dravid, has opened the doors for a few youngsters like Ajinkya Rahane, Rohit Sharma and Cheteshwar Pujara. Below, we will highlight the career and the performance of the above three batsmen:

He is a top order batsman who believes in attack rather than a submissive approach and was a prolific scorer in the Indian Premier League 2012.

Rohit Gurunath Sharma was born on April 30, 1987, in Bansod, Nagpur, Maharashtra, a right hand batsman and an occasional right arm leg spin bowler. He has played for India, India Under-19s, Mumbai Indians, Mumbai, Mumbai Under-19s, India Green and India A. He is a talented youngster who has already proved his worth by playing limited overs cricket for the country.

Pujara is a competent batsman with solid defence and has the ability to execute his shots all around the ground under any conditions. His batting qualities were hailed by the selectors, he represented India in Test cricket and is yet to appear in the limited overs cricket.

The right hand batsman made his Test debut vs. Australia on October 9, 2010, at M Chinnaswamy Stadium, Bangalore and achieved a fifty in the second innings. He has played three Tests, scored 107 runs averaging 21.40 with the best of 72.

Cheteshwar Pujara led the touring India A against West Indies A in June 2012, and was the highest run scorer from either side by hammering 252 runs in 3 Unofficial Tests at an excellent average of 50.40, the best of unbeaten 96 with three fifties.

VVS Laxman has been retained in the side besides his disappointing away series against Australia, played in December- January 2012. He managed just 155 runs in 8 outings at a poor average of 19.37 runs with the best of 66.

The 37-year-old is a competent batsman, failure in just one series does not reflect his true potential and he is bound to bounce back especially at the placid home wickets. He is an experienced batsman, had played 134 Tests, scored 8781 runs at an average of  45.97, the best of 281 runs with 17 hundreds and 56 fifties.

The 1st Test of the two match series will commence from August 23, 2012, at Rajiv Gandhi International Stadium, Uppal, Hyderabad. 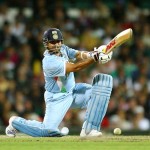 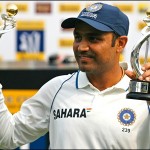