The chief selector of Pakistan, Iqbal Qasim, was dejected with the inconsistent performance of his team who lost the series 1-3 against the hosts Sri Lanka.

The Green Shirts started the One Day International series on a promising note by winning the first match by six wickets which was played on June 7, 2012 at Pallekele International Stadium.

Sri Lanka was restricted to 135 runs for the loss of 8 wickets in the rain restricted match that was limited to 42 overs. Pakistan achieved the target by scoring 135 runs in 34.1 overs with six wickets still in hand and won the match comfortably.

The Lankan Lions bounced back in the series by winning the second ODI by a big margin of 76 runs on June 9, 2012, at the venue of the first match. The home side thrashed 280 runs after losing four wickets as Tillakaratne Dilshan hammered unbeaten 119 runs. The Green Shirts was unable to sustain the pressure of the Lankan bowling and especially Thisara Perera ripped through their batting by claiming 6-44 runs. The whole side was sent back to the pavilion for 204 in 46.2 overs and the series was leveled at 1-1.

The third ODI was played at R Premadasa Stadium, Colombo, on June 13, 2012, which was washed away by rain and ended in a draw.

The next two matches proved very much one sided and the Islanders proved too strong for Pakistan who surrendered the both matches.

The chief selector was annoyed with the performance of the Pakistani team because of their destructive form besides the weather condition in Sri Lanka. He said,

“It’s difficult to put Sri Lanka under pressure in their conditions and the variable weather conditions did not make things easy for Pakistan either. However we should not make excuses, the overall performance of the team was below par.”

The overall fielding of Pakistan was horrible as they missed quite a few runs out chances, dropped many chances and gave away unnecessary runs. Their bowlers tried their best besides Mohammad Sami who cost them the fifth and final ODI after bowling the 50th over. The home team required 15 runs to win the match in the final over and the target was attained by the Islanders on the fourth ball after Angelo Mathews took the match away by dispatching a six and a four.

The batting of Pakistan remained inconsistent except Azhar Ali who was the highest scorer in the series by thrashing 217 runs at an excellent average of 54.25, the best of 96 with two fifties. Their batsmen exhibited a horrible show in the fourth ODI played at R Premadasa Stadium, Colombo, on June 16, 2012. The Green Shirts were chasing a target of 244 runs to win the match and were cruising well once they lost the fourth wicket for 169 runs in 38.4 overs. Azhar Ali was stranded at one end as the next six wickets fell like ninepins and five batsmen were unable to open their innings as Thisara Perera broke their back with a hat-trick and the whole team was bowled out for 199 runs with five overs still left in the game.

Their most senior batsman, Younis Khan, had a miserable series as he managed 10 mere runs in the four outings at a worst average 3.33 and the dramatic collapse of Pakistan in the fourth encounter started with his dismissal. He scored 1, 4, 5, 1, 52, 2, 12, 5 and 15 in his previous nine outings and his deteriorating form has become questionable. The selectors have decided to take him in confidence by restricting him to the longer version of the game only. Iqbal Qasim further commented on Younis Khan’s future in the limited overs cricket by saying,

“I’m sure we will have an amicable chat about his future, as Pakistan needs him for Test cricket for the future. Experience is an invaluable commodity in cricket but you have to be out in the middle performing, which unfortunately Younis has not been doing in 50-over cricket of late.” 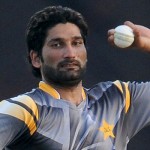 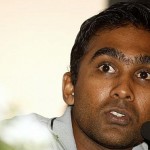