The New Zealand selectors have announced a 15 member team  that will participate in the forthcoming ICC World Twenty20, under the leadership of Ross Taylor.

The biggest event of T20 will be staged in Sri Lanka, 12 teams will be fighting for the title and the tournament will commence with a match between the hosts Sri Lanka and Zimbabwe on September 18, 2012, at Hambantota. A total of four groups have been formed in the event and New Zealand has been placed in Group ‘D’ along with two formidable sides, Pakistan and Bangladesh.

The selectors have left out the leg spin bowler, Tarun Nethula and  the fast bowlers Trent Boult, Neil Wagner and Andy McKay. The other omissions from the team included Tom Latham, Dean Brownlie, Andrew Ellis and Daniel Flynn.

Daniel Vettori, James Franklin and Adam Milne succeeded in finding themselves in the squad and Kim Littlejohn, the manager of the national selection was excited by the inclusion of the three players. He commented about Vettori and Franklin by saying,

“We are thrilled to have Daniel Vettori back in the fold. He brings a huge amount of experience and knowledge of conditions in the sub-continent. The squad also welcomes back James Franklin, who has been playing for Twenty20 cricket for Essex in the county competition.”

Below, we will illuminate the career and performance of Vettori, Franklin and Milne in the shortest version of cricket:

Daniel Luca Vettori was born on January 27, 1979, in Auckland, an all rounder who is a left arm spinner and a left hand batsman. He has played less T20 cricket as compared to Test and One Day International but has a vast experience on playing on the subcontinent wickets. Vettori is recovering from a groin injury which he suffered in the West Indies during the recently concluded series against the hosts but will be fully fit before the World Cup.

The left armed bowler led the Royal Challengers Bangalore, in the Indian Premier League 2012 and got a valuable contract for US$ 550,000.

James Edward Charles Franklin was born on November 7, 1980, in Wellington, an all rounder who bats left hand and a left arm medium fast bowler. He has secured his position in the team because of his excellent performance throughout his career and can turn the tables with his individual performance.

Franklin was left out of the Black Caps squad which visited West Indies with a view to provide him with more practice in the T20 circuit. He represented Essex in the Friends Life T20, 2012, and performed well for his team. The left hand batsman was the second highest scorer for his county by smashing 248 runs averaging 27.55, the best of 78 with a couple of fifties and held three wickets as well.

Adam Fraser Milne was born on April 13, 1992, in Palmerstone North, a right hand medium fast bowler and a right hand lower order batsman. He is an energetic young fast bowler who believes in accuracy, aggression and was able to impress the selectors with his performance in the domestic HRV Cup, 2011-12, while representing Central Districts. Milne grabbed 11 wickets at an excellent average of 16.90 with the best of 3-33.

The 20-year-old has played two T20s for the Kiwis and took just one wicket but there is still a lot to come from the lanky fast bowler. He played his last match against Pakistan on December 30, 2010, at AMI Stadium, Christchurch.

Kim Littlejohn was impressed with the recent performance of Milne and said,

“Adam Milne has impressed during his time with the winter development squad and his extra pace offers something a little different,” Littlejohn said. “We are confident he will have an impact in international cricket and will seize this opportunity. 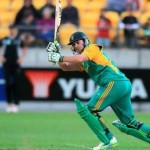 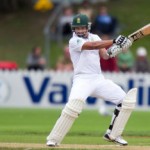 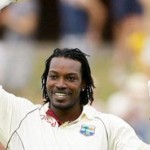