The South African batsmen toyed with the bowling of India, showered boundaries at will and their bowlers punctured the strong batting of the visitors.

The Proteas hammered 358 after losing four mere wickets in 50 overs and the Blue Shirts were dismissed for 217 with nine overs still available.

Quinton de Kock (South Africa) was announced ‘player of the match’ for his outstanding knock of 135.

The first One Day International of the three match series was held on Thursday, December 5, 2013, at New Wanderers Stadium, Johannesburg.

Earlier, MS Dhoni, won the toss for India and sent in the Proteas to bat first. Hashim Amla along with Quinton de Kock provided their team with a solid beginning and they kept the score board running with regular boundaries. Quinton de Kock was the first to reach his fifty while Amla did not take long and joined with his partner by attaining his 23rd ODI half century. The Blue Shirts got their first success at 152 in 29.3 overs when Hashim Amla was clean bowled by Mohammed Shami for 65.

Jacques Kallis was gone for just 10 and was replaced by his skipper, AB de Villiers. Quinton de Kock continued with his aggressive innings and plundered his second ODI century in the 35th over. He was finally dismissed for 135 off 121 mere balls with 3 lofty sixes. The incoming batsman, Jean-Paul Duminy and de Villiers took over from there, gathered 105 runs in just 46 deliveries and both of them went past the 50 runs mark. AB de Villiers went back to the dressing room for 77 off 47 with 4 giant sixes and 6 fours. Duminy remained unbeaten for 59 from 29 balls comprising 5 towering sixes and 2 fours as the hosts powered 4-358 after 50 overs.

Mohammed Shami was the main wicket taker with three and Virat Kohli got one.

India lost their prominent opener, Shikhar Dhawan, at 14 when Virat Kohli joined in with Rohit Sharma. Kohli was dropped by the wicket keeper de Kock at two and the batsman decided to get on with his natural game. He became the next victim at 60 after contributing 31 and the Proteas captured the game with another two quick wickets. Yuvraj Singh was unable to open his account while Sharma was run out for 18 off 43 balls.

Suresh Raina and MS Dhoni crept to 108 before the first was smartly run out by Dale Steyn / de Kock for 14. The latter was the lone fighter as the wickets kept on crumbling at the other end. Dhoni got his 51st ODI fifty and became the ninth victim for 65 as the entire Indian team was bowled out for 217 in 41 overs.

Ryan McLaren and Dale Steyn were the chief wicket takers with three each whereas Morne Morkel and Jacques Kallis shared one wicket each.

South Africa grasped the encounter with a huge margin of 141 runs and leads the series at 1-0. 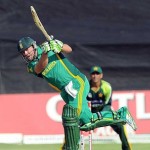 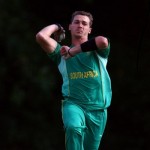 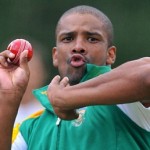