The successful Captain of Pakistan, Misbah-Ul-Haq, has urged his batsmen to show their class in the forthcoming One Day Series against England and continue their winning spree.

Pakistan humiliated England by handing over them a clean sweep of 3-0 in the recently concluded three Test series. The batsmen from both sides struggled in the entire series and especially the English batsmen were mesmerized by the quality bowling of Pakistan.

That was the only solid performance in the series and no other batsman was able to catch three figures. Azhar was the highest scorer in the series by thrashing 251 runs at an excellent average of 50.20, the best of 157 runs with one fifty. Younis followed him with 193 runs, averaging 38.60, with the best of 127 runs. Mohammad Hafeez contributed 190 at an average of 38.00 with one fifty, Misbah himself managed 180 averaging 36.00 and the young Asad Shafiq was able to post 167 runs while achieving an average of 33.40 with two fifties.

Pakistan has been hosting its home series in United Arab Emirates for quite some time and it has become just like their home. They are used to the playing conditions there and the batsmen should come out with better performance in the ODI series against England if they want to win. Misbah advocated his claim by saying,

“But against a top side like England our batsmen need to click more consistency. Most of them have been playing in the UAE conditions for sometime now. They should be better adjusted to score runs consistently. I think the batting has to be more stable and consistent.”

The Pakistani spinners ruled the Test series and English batsmen were unable to cope with their quality bowling. Especially the spin duo of Saeed Ajmal and Abdur Rehman destroyed their batting by grabbing 43 wickets between them.

Misah praised his bowlers especially Ajmal and Shahid Afridi were regarded as superfine bowlers in the shorter version of the game. He further commented,

“Our bowling is top class we have quality pacers and top spinners. Shahid Afridi and Saeed Ajmal are outstanding ODI bowlers and even against Afghanistan when our pacers struggled on a flat pitch it was Afridi who bailed us out.”
Misbah anticipates promising performance from his batting line up to win the four match ODI series against England but he has to lead from the front by his own batting. The first match will be played at Sheikh Zayed Stadium, Abu Dhabi on February 13, 2012. 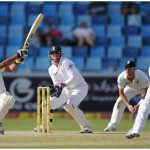 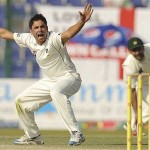 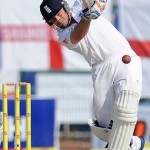 England will strike back in the final Test – Ian Bell