The young gun of Bangladesh, Mominul Haque, boosted his side by plundering his maiden Test century and sharing valuable partnerships against New Zealand.

Earlier, the Bengal Tigers started the day at 2-103 after 26 overs whereas Mominul Haque and Marshall Ayub were in the center at 77 and 21 runs. They took off slowly by scoring just four runs in even overs and the first hit 3 fours in the next two. Mominul Haque powered his maiden Test hundred on the 98th ball he faced with another four and was warmly appreciated by all corners of the ground including players, officials and the spectators. The third wicket fell at 134 in 38.2 overs after contributing 126 runs when Marshall Ayub was gone for 25 and was replaced by Shakib Al Hasan.

The batsmen went back to their shells after that and added 15 runs with just one boundary until the end of the 50th over. Mominul Haque hit 2 fours in the coming overs and the hosts reached 3-176 in 56 overs at lunch interval. Shakib Al Hasan was caught behind by BJ Watling off Kane Williamson for 19 in the 57th one. The captain of Bangladesh, Mushfiqur Rahim, got together with Mominul Haque and the boundaries were being witnessed at regular intervals again. The score crossed the 200 runs mark in the 65th over and the latter smashed his 150 one over later. Mushfiqur Rahim gathered 4 fours at the other end and dispatched 2 sixes in the 78th over off Williamson.

The duo opened up and kept on sending the ball out of the rope frequently.  The new ball was taken by the Black Caps skipper, Brendon Mccullum, in the 81st over and Mominul Haque was dropped at 172 in the 83rd one. The follow on was avoided when the score went passed the 269 runs mark and Mushfiqur Rahim reached his 12th Test fifty with a single. The fifth wicket accumulated 121 runs as Mominul Haque was declared leg before wicket off Corey Anderson after playing a magnificent knock of 181 from 274 deliveries studded with 27 fours.

The wicket fell at 301 and Mushfiqur Rahim left the field at the same score for 67 off 119 with 2 lofty sixes and 10 fours. Nasir Hossain along with Sohag Gazi took responsibility of consolidating the innings and they were enjoying their batting while hitting the boundaries at will. The first hit a six in the 103rd over and the fifty runs association for the sixth wicket completed four overs later. The visitors got their seventh success at 371 when Nasir Hossain was caught by Brendon McCullum off Ish Sodhi for 46. Sohag Gazi remained unbeaten for 28 and the newcomer Abdur Razzak was at the other end at one as the Bengal Tigers scored 7-380 in 116 overs.

Doug Bracewell and Corey Anderson were the top wicket takers with two wickets each whereas Trent Boult, Ish Sodhi and Kane Williamson shared one wicket each.

Bangladesh still trails by 89 runs in the first innings which will be reduced to a minimum with three batsmen still to be dismissed. 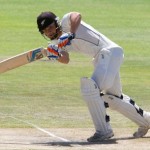 BJ Watling steals the show with a ton – 1st Test vs. Bangladesh 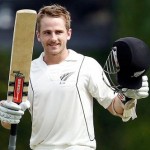 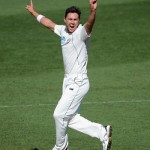