One of the greatest batsmen in the world, Sachin Tendulkar, has defended Yuvraj Sigh after he was blamed for his poor batting in the ICC T20 World Cup 2014. The all rounder has been serving India from the front ever since he made his debut in the One Day Internationals against Kenya on October 3, 2000, at Nairobi Gymkhana.

Yuvraj Singh was declared ‘Player of the series’ in the ICC World Cup 2011 which was grabbed by the Blue Shirts. The 32-year-old powered 362 runs at an awesome average of 90.50 with the assistance of one hundred and 4 fifties at the highest of 113. He clinched 15 wickets at a reasonable average of 25.13 with the best of 5 for 31. Sachin Tendulkar anticipated that Yuvraj Singh will play an important role again in the forthcoming ICC World Cup 2015. The little master said,

“I want you to know that there are many like me in India and across the world, who keenly look forward to you being a part of the campaign to defend the ODI World Cup title in 2015.”

Yuvraj Sing was unable to shine in the recently concluded ICC World T20 which was held in Bangladesh. He scored 100 runs in five innings at an average of 20.00 that comprised just one fifty. The Indian bowlers did a marvellous job with the ball throughout the tournament and the services of Yuvraj were not required much since he bowled just one over in six games.

India lost the final against Sri Lanka on April 6, 2014, at Shere Bangla National Stadium, Mirpur. The Lankan Lions performed excellently while the Men in Blue were beaten all ends up and lost the encounter with a hefty margin of six wickets. Yuvraj Singh joined in with Virat Kohli at 2-64 after 10.3 overs as the latter was in great nick again. The first faced 21 balls, managed just 11 runs without any boundary and departed at 119 when only 11 deliveries were left in the innings. His team reached 4-130 in 20 overs and the Islanders achieved the target by hammering 4-134 with 13 balls to spare.

It was a bad day for Yuvraj Singh since he could not push the scoring rate as required. The Sri Lankan bowlers, led by their skipper Lasith Malinga, were at their best in the last four overs and they gave away 19 mere runs. Virat Kohli scored just six runs from nine balls whereas his captain, MS Dhoni, got four off seven. The performance of the above two key batsmen in the pendulum overs was overlooked by everyone and poor Yuvraj Singh is under huge criticism.

Sachin Tendulkar presumed that just a day’s performance by Yuvraj Singh cannot take away his past glories. He further commented,

“Yuvi, one off day cannot undermine your tremendous contribution in many sweet memories over the years. You may be down today but you are far from being out.” 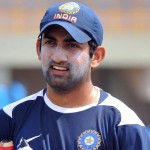