Cricket is no more just a sport played to its merit. It has become a source of entertainment for people and it has its glamorous side too, now that T-20 cricket and in particular, the IPL has become a global brand in a span of four years.

However, cricket has its origins of connecting with Bollywood way back in the 60s and it all began with marriages and steamy affairs alike.

Here are some of the well known and some little known love affairs between Cricket and Bollywood.

It was on 27th December 1969 that Mansoor Ali Khan Pataudi and Sharmila Tagore took wedding vows. Pataudi, also known as ‘Tiger Pataudi’ to many was one of the most respected and to an extent successful Indian captains in those days despite having a background of that of a Nawab who had played in England as well as for India.

While Sharmila Tagore was blossoming into one of the finest actresses of Bollywood and had grabbed headlines for being the first Indian actress to pose in a bikini for a magazine, prior to marriage.

Though the wedding was controversial primarily because Pataudi was Muslim and Tagore was Hindu. Yet, it was a success till a month back when Pataudi expired. They have two children who like their mother, chose to enter Bollywood and are extremely popular actors – Saif Ali Khan and Soha Ali Khan.

Seventeen years later, Masaba Gupta was born who is now a model. She is no ordinary child, she is the love child of famous West Indian batsman Sir Vivian Richards and Indian actress, Neena Gupta.

The relationship between the two was short-lived and even more controversial than Pataudi-Sharmila’s marriage in the Indian media.

Although Richards and Gupta never married, yet they remain the most memorable Cricket-Bollywood couple of all time.

It was eight months back that these two shared the same venue, for the sake of their daughter’s fashion show.

After India lost the 1996 World Cup semifinal, the now-disgraced Mohammad Azharuddin was going through a rough patch not only in his professional life but also in his personal life.

It is because his first wife decided to divorce him during that period, perhaps due to his affair with former Miss India and actress Sangeeta Bijlani.

Sangeeta Bijlani was famously Bollywood hunk Salman Khan’s flame at one point of time but they broke up. Followed by which, Azhar and Bijlani met and soon got married.

This was another Hindu-Muslim marriage but it was not talked about much by the media who was more concerned of India’s performances on the field which was a rare occurrence in those days!

Azharuddin though was recently accused of cheating his wife by having another affair with a young badminton player, but those rumours have now been quelled.

India and Pakistan are bitter archrivals but love owes no boundaries. And this was evident when Pakistani cricketer and now coach of the national team, Mohsin Khan married Bollywood beauty Reena Roy.

However, they divorced each other in a short period of time in which Mohsin occurred in some films such as Gunegaar Kaun and Saathi.

Mohsin went on to remarry after the divorce while Reena apparently continued acting in Hindi films for a while.

And ofcourse comes our current generation. Yuvraj Singh leads the pack of cricketers who has had the maximum links with Bollywood divas. In his early playing days for India, he was said to have dated the then upcoming actress, Kim Sharma but they broke up in 2007.

A few months later, he caught the eye of the sensuous Deepika Padukone and it was a confirmation that both of them were in a relationship when they were spotted having dinner together in Sydney during India’s ill-fated tour of Australia in 2007.

They dated for a few months but decided to part ways since it is said that Yuvi was not happy with Deepika not having time for him due to her film career. He was then linked with the owner of Kings XI Punjab and the bubbly actress, Preity Zinta. Yuvraj was incidentally the captain of KXIP in 2008 and 2009 and it was in the first season of the IPL in 2008 when the Indian media took photographs of an elated Preity hugging and kissing Yuvi after the team made it to the semifinals of the competition. It eventually turned out to be a huge controversy since Preity is seven years older to Yuvraj and was in a relationship with the co-owner of the team, Ness Wadia.

Virat Kohli may only be 22, but he already has a huge female fan-following much like Yuvraj had when he was the same age.

Kohli could be heading the Yuvi way not just due to his fielding in this period of his career, but also in his personal life. He has already been linked with Sarah Jane Dias, a Bollywood actress and former Miss India this year.

They had apparently met during the IPL and bonded big time ever since. He could be the next ‘poster boy’ of Indian cricket since he has the good looks of a Delhi boy and the fact that he comes on television time and again with peppy endorsements for the likes of TVS and Fair and Lovely.

Harbhajan Singh might be suffering the worst phase of his career at present, but the shutterbugs do not leave him alone easily.

It is mainly due to the fact that he has been seeing Geeta Basra, a famous diva since the last 18 months or so. He might be cupid for the lady as they have been reported to be contemplating marrying each other in the near future. ‘Rab Ne Bana Di Jodi’ it seems, as both of them are Punjabis and might be liked by each other’s families.

While Zaheer Khan too is all set to marry the amateur yet talented and cute startlet and his long-time girlfriend,Isha Sharvani later this year since Zaheer has an excessive workload ahead of him having to play for India being their bowling spearhead and also in the IPL for the Royal Challengers Bangalore.

While last but not the least comes Sreesanth. How can Sreesanth be ignored? Sreesanth was said to have developed the hots for Priyanka Chopra at a point of time, but that was just a rumour. However, he was said to be in a relationship with the beautiful television actress, Surveen Chawla in 2008 after a stint together in a dance reality show. They dated for a few months before they broke up as well in early 2009. Following that, it is only in recent times that Sreesanth has found love again perhaps, with the Bengali hottie Riya Sen who was spotted cheering for him in the IPL and before that, as a brand ambassador for a jeweller alongside the temperamental cricketer.

This list is likely to get longer and longer in the future with the Indian media capable of cooking up stories even if they see any actress and a cricketer together. The desperacy for publicity in media houses is so high that once the evergreen and clean Sourav Ganguly was alleged of having an affair with the numero uno Bhojpuri actress Nagma when he is already married and is busy focussing on his cricket. But there is no denying that cricket and Bollywood will always have a special bond with each other, since there is something in cricketers which actresses find extremely attractive and something in actresses which cricketers find attractive. 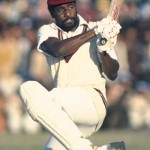 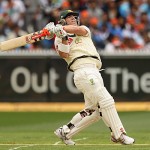 Top 5 Cricket Batsmen for the Future