Brett Lee, one of the finest fast bowlers of Australia has declared himself fully fit for the forthcoming two Twenty20 matches against India and tri-angular One Day International series involving Sri Lanka.

The experienced pacer has performed well recently in the Australian domestic cricket while representing Sydney Sixers in the Big Bash League 2011-12. He has been quite economical in the matches he played and was confident to lead the Kangaroos attack well.

The Aussies have their tails up after two convincing victories in the Tests against India with a major contribution from their express bowling which has blown up the visitor’s batting by speed, swing and accuracy. There are still two Test matches left in the series and one of the most the experienced batting line ups in the world has to adapt different tactics to cope with the lethal bowling attack of the home side.

The pace trio of the Kangaroos consisting James Pattinson, Ben Hilfenhaus and Peter Siddle grabbed 19 wickets in the first Test at Melbourne Cricket Ground in the last week of December, 2011, and won the match for the nation by 122 runs. Their consistent form was witnessed again in the second Test at Sydney Cricket Ground where they clinched 18 wickets and once again the visitors kept their nails biting as they faced another shocking defeat of an innings and 68 runs in the first week of January, 2012.

Lee was amused with the accomplishment of the fast bowling battery in the two Tests and anticipated leading them well with his experience in the shorter versions of the game which will start in the beginning of February. He commented,
“We’ve got some serious depth now and there are guys doing well in Test cricket, but I just hope I can keep my form I’ve had the last 12 or 13 years and that my record speaks for itself. I’ll go out, try to do the business and be a leader for a few of the younger guys coming through.”

Lee has been a compatible speed bowler who has delivered his best for the country in all three formats of the game. He decided to concentrate on the limited over games and called it a day for Test cricket and played his last Test against South Africa at Melbourne, in December 2008.

The right arm fast bowler has participated in 205 ODIs, grabbed 357 wickets at an excellent average of 22.89 runs per wicket with the best of 5 for 22 runs.

Lee took part in the last ODI against Sri Lanka at R Premadasa Stadium, Colombo, on August 20, 2011, where his impressive bowling earned him four wickets and Australia won the match by five wickets. He was out of international Cricket due to appendicitis but has recovered completely and predicted to lead the Kangaroos attack with grace. The quickie said,

The first T20 of the two match series against India will be played on February 1, 2012, at Stadium Australia, Sydney, which be followed by ODI tri – angular series. 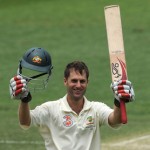