The year has been a rollercoaster one for all teams in particular. It has been new and young faces rising to the occasion of playing international cricket for the first time and also the competitiveness in the game has increased with no one team dominating as such. Here is the review of every top team and their run in 2011. 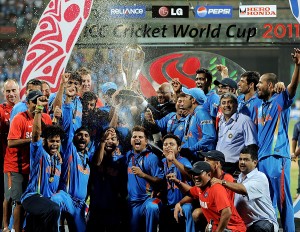 More or less, 2011 could be considered a successful year for Indian cricket. On April 2, MS Dhoni created history by leading India to a World Cup victory after a wait lasting 28 years. The tournament proved why India deserve to be world champions in the ODI format, and should be ranked No.1 soon if they perform consistently.

However, the celebrations across the country were muted as six days later; the players had to involve themselves in the annual IPL. The IPL this year was not a success as compared to the previous years due to the World Cup resulting in an overkill of cricket for the players and spectators alike. It also reignited the debate of ‘Country vs. club’ with several players such as Virender Sehwag and Gautam Gambhir injured during the course of the tournament.

The IPL resulted in India playing a second string side in the West Indies and though it was a successful tour, it did not provide them enough practice for the tour of England which followed. The English sojourn this time was tumultuous with India whitewashed 0-4 in 4 Tests with the likes of Sehwag, Gambhir, Zaheer and Harbhajan injured. The series loss meant that England incidentally overtook India to be the worlds No.1 Test side. While the story in the ODIs was no different with India losing 0-3 in a 4 match series with one being a tied match. Dhoni’s captaincy was questioned for the first time and India’s dominance in the game was uncertain.

Cricket was non-stop as the Champions League arrived, a few days after the tour. Some of the players participated in it but the competition was hit with injuries to star players such as Sachin Tendulkar, Rohit Sharma, Munaf Patel and Zaheer Khan. As that passed, India welcomed England for a return ODI series but this time Dhoni’s men whitewashed England 5-0 and continued their unbeaten run in ODIS at home although the series did not have much of a following with empty seats seen in metros such as Kolkata and Mumbai, and the fact that India were not fielding a full-strength team.

West Indies also came over to India but did not find much success on the tour as India expectedly walked over them despite a poor turnout for the Kolkata Test for the first time ever. Though in Mumbai, there was a thrilling Tied Test to be watched which was one of the highlights of that tour. In the ODIS, the Windies shocked India at Ahmedabad but that was their only win as India won their other four games under Sehwag’s captaincy who created the world record at Indore for the highest individual score in ODIs, scoring a thumping 219 off 147 balls.

India ended 2011 on an atrocious note, losing to Australia at the MCG in the first Test but prior to it; Rahul Dravid made the country proud by being the first non-Australian to give a speech at the Bradman Oration in Canberra. He also was the highest run-getter in Tests in 2011, courtesy his brilliant tour in England when the others failed miserably.

Australia would love to forget 2011 in a hurry although the year ended in style with a Test match victory against India at the MCG. From the Argus report to a Test defeat to archrivals New Zealand for the first time in 15 years, this time is undergoing transition much like in 1985 when Allan Border took over as captain and 2011 was the year in which change management occurred in Australian cricket at last.

The year began disastrously for Australia as England won the Ashes for the first time in Australia after 24 years, completing the humiliation at Sydney and bagging the series 3-1. It was Michael Clarke’s first Test as captain since Ricky Ponting opted to sit out for this match for unknown reasons. Even as Australia redeemed their pride by thrashing the Poms 6-1 in a 7 match ODI series which followed, there was worse to come.

Ponting failed in leading Australia to a third consecutive World Cup victory after the team was beaten by hosts and eventual winners, India in the quarterfinals. The tournament was not devoid of controversies with Ponting accused of breaking a television set in the Ahmedabad dressing room and also showing his anger to his young team-mate Steven Smith when they collided after attempting to take a catch in one of the group games. Not to mention, the ACSU accused Australia of match-fixing as openers Brad Haddin and Shane Watson scored only 27 runs in the first 13 overs in their inaugural match against Zimbabwe.

After the World Cup, Ponting quit as captain and was succeeded by Clarke who had for long been his deputy. Clarke’s permanent stint as captain began with whitewashing Bangladesh in their backyard and winning the Test and ODI series against Sri Lanka in Sri Lanka. While in South Africa, Australia won a short 3 match ODI series by a 2-1 margin. These were some of the successes Australia faced this year because what was to follow was only Tests to be played.

In the second innings of the first Test at Cape Town, Australia collapsed to their all-time lowest score of 47, which eventually gave South Africa a thrashing 8-wicket win. Although Australia fought back to win a thriller at Johannesburg, their batting woes were exposed.

Mickey Arthur made history by being the first foreign coach to be appointed by Australia, after the resignation of Tim Nielsen. The ex-South African coach’s first Test in charge was against New Zealand at the Gabba which Australia won easily by 9 wickets. But a dramatic fall was to be seen like in Cape Town, when the team lost by 7 runs to the eighth-ranked New Zealand team at Hobart chasing a mere 241.

Though, Australia can take one positive for the future from this year. It saw the emergence of several youngsters like Nathan Lyon, James Pattinson, Mitchell Starc, Patrick Cummins, David Warner and Shaun Marsh to build a potential champion side in Tests as well as ODIs.

Unlike Australia, England will cherish the year 2011 gone by due to their outstanding performances in Test cricket. It started off the way 2010 ended, with a win against the Aussies at the SCG which assisted them in assuring the Ashes remains at home till 2013 atleast.

The next three months were tricky as England had to play ODIS, a format they have not got a grip on yet. They won just one out of seven matches in Australia and were knocked out in the quarterfinals of the World Cup by Sri Lanka humiliatingly. They played exciting cricket but were highly inconsistent and so did not deserve to win the tournament.

It resulted in Andrew Strauss resigning as ODI captain and Matt Prior was not considered a part of the team’s ODI plans in the future as the ECB focused on creating a youthful team for the future, and consequently Alastair Cook was appointed to succeed Strauss.

Though the best was yet to come. England had the finest home summers in a long time when they beat Sri Lanka 1-0 in a 3 Test series and 3-2 in 5 ODIs, taking some revenge of sorts for that World Cup loss. Even though India were expected to pose a great challenge to England, the so-called ‘marquee’ series turned out to be a drab one with England winning 4-0 in 4 Tests and acquiring the top spot in the ICC Test rankings for the first time in history. While in the ODIS, England won all the completed matches and tied the Lords ODI which briefly made them the World’s No.3 ODI team.

However, their struggles in the Indian subcontinent continued with the team getting whitewashed in 5-match series and that was the end of the season for England, with a series against Pakistan in the UAE coming up in a few weeks. The other positive for the side was Ian Bell and Alastair Cook ended as the second and the third highest run-getters in 2011 respectively in Tests while James Anderson and Stuart Broad ended in the top 4 highest wicket-takers in the year. Talents such as Eoin Morgan and Tim Bresnan are likely to take this team forward in the future.

The Proteas kicked off 2011 in style with a drawn Cape Town Test against India, which they could have lost. And then winning the 5-match series 3-2 against the same opposition.

However, a World Cup is not a bilateral series and South Africa’s woes in global tournaments continued despite being by far the most in-form team in the competition and one of the hot favourites to win. They ‘choked’ yet again in the quarterfinal stage of the tournament with a lowly-ranked New Zealand edging past them in Dhaka.

Gary Kirsten went back to his home nation and became its coach, after guiding India to the World Cup win. While the dashing wicketkeeper-batsman AB de Villiers succeeded Smith as captain in the shorter formats of the game.

South Africa’s key players were involved in the Champions League though and brightened up the tournament with some electrifying performances. But de Villiers was injured playing for the Royal Challengers Bangalore and could have made the ultimate difference for South Africa winning against the Aussies at home. But instead they drew level a T-20 series and lost the ODI series.

In Tests, South Africa famously bowled out Australia for 47 at Cape Town to start off the series in style. Only to lose in the following Test at Jo’burg and ensuring that Smith’s men do not win a home series since 2008.

A mixed year for the Proteas continued with a win against Sri Lanka at Centurion, but again lost at Durban which did not end their year well. However, South Africa’s pace attack is an exciting one with the additions of the Cape Town boy Vernon Philander and Marchant de Lange who had fantastic debuts against Australia and Sri Lanka respectively. Imran Tahir, Paul Harris and Johan Botha make the South African spin attack potent enough, unlike the old days when top-quality spinners did not exist in the country.

Come 2012 and South Africa would look to win a Test series at home by defeating a resurgent Sri Lanka while de Villiers would want to start his captaincy stint in style by leading the side to a ODI series victory against the World Cup finalists. 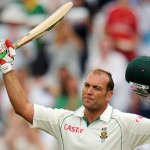 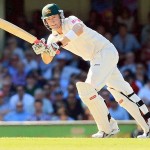