Gautam Gambhir once again led from the front and his bowlers backed him well as Kolkata Knight Riders gained two important points after winning vs. Pune Warriors.

Kolkata Knight Riders punched 150 runs for the loss of five wickets in the allocated 20 overs and Pune Warriors managed 143 with two wickets in hand.

Sunil Narine (Kolkata Knight Riders) was declared ‘Player of the match’ for his economical bowling spell of 4-1-13 and one wicket.

The 47th match of the Indian Premier League was played on Saturday, May 5, 2012 at Eden Gardens, Kolkata.

Earlier, Gautam Gambhir, the captain of Kolkata Knight Riders, won the toss and preferred to bat first on the good looking home surface. He opened the innings with Brendon McCullum and the first two overs produced 16 runs with a four and one six from the skipper. McCullum scored his first four in the third over and the duo hammered Ashok Dinda for 19 runs with one six and a couple of fours in the sixth over.

They maintained the high run rate and at the end of the half way mark, the score was enhanced to 98 at an aggressive average of 9.80.Gautam Gambhir achieved his fifty in the 11th over and the partnership also attained 100 runs in the same over. Pune Warriors finally got the first breakthrough when Gambhir was caught by Mithun Manhas off Murali Kartik for 56 from 36 balls with 2 sixes and 4 fours.

The first wicket association lasted until 113 and two runs later, Brendon McCullum was declared leg before wicket off Angelo Mathews for 42 off 43 deliveries with one six and two fours. The incoming batsmen tried to accelerate the run rate but they were resisted by the accurate bowlers of Pune Warriors who kept on securing wickets at regular intervals. Debabrata Das and Manoj Tiwary remained unbeaten for 15 and 6 runs respectively as Kolkata Knight Riders scored 150 runs with five wickets in hands.

Bhuvneshwar Kumar and Angelo Mathews were the most successful bowlers with two wickets each as Murali Kartik claimed one wicket.

Michael Clarke was promoted up in the order to initiate the innings with Robin Uthappa as Gambhir handed over the ball to the left arm spinner, Iqbal Abdulla who gave away 10 runs in the first over. Clarke was clean bowled by Marchant de Lange on the first ball of the second over for just one run and the bowler struck once again on the fourth ball of the fourth over when he got rid of Uthappa for 17 runs.

The second wicket was lost at 28 runs when Manish Pandey and Steven Smith tried to consolidate the innings by adding 21 runs for the third wicket. Pandey became the third victim at 49 at his individual score of 17 runs and Pune Warriors were reeling at 5-55 in 8.2 overs when Smith also went back to the pavilion for 14 runs.

It was left to the all rounder, Angelo Mathews and the skipper, Sourav Ganguly to take their team towards the victory mark. Ganguly started off with a couple of fours in the 10th over, followed with another in the next over and made his intentions clear for chasing the target. Mathews hammered the out of form Yusuf Pathan for three consecutive sixes in the beginning of the 15th over and warned the rival team that they were still in the game. They shared a 73 runs hurried partnership for the sixth wicket in 9.2 overs as Sourav Ganguly was caught by Iqbal Abdulla at mid wicket off on the bowling of Rajat Bhatia for 36 off 35 balls with one six and 4 fours.

Pune Warriors required 22 off last 12 deliveries and managed just four runs in the 19th over while losing the wicket of Wayne Parnell. The target was reduced to 18 in the last six balls but the visitors got a major blow when Angelo Mathews was caught brilliantly by Laxmi Shukla at long on off de Lange on the fourth ball for 35 off 27 deliveries with 3 huge sixes. Bhuvneshwar Kumar remained unbeaten for 11 off 7 balls with 2 fours as Pune Warriors scored 143 for the loss of eight wickets after burning their required quota of overs. 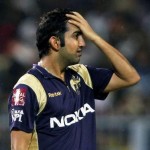 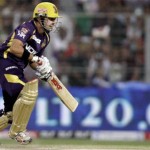