The in form batsman of the Lankan Lions, Kumar Sangakkara, once again played an important innings whereas their bowlers restricted Afghanistan within limits.

The Islanders amassed 253 runs after losing six wickets in 50 overs and the Afghani team was bowled out for 124 mere runs with 11.2 overs to spare.

Kumar Sangakkara (Sri Lanka) was announced ‘Player of the match’ for his excellent knock of 76.

The 7th match of the Asia Cup was played on Monday, March 3, 2014, at Shere Bangla National Stadium, Mirpur.

Earlier, the skipper of Sri Lanka, Angelo Mathews, won the toss, elected to bat and lost the first wicket at 14. Kumar Sangakkara and Kusal Perera took the score to 50 when the latter was gone for 33 and the next wicket fell at 83. Dinesh Chandimal walked in next as Sangakkara went past his 85th ODI fifty in the 31st over.

The fourth wicket fell at 157 when Chandimal went back to the pavilion for 26 and his partner followed him one run later for 76. Angelo Mathews remained unbeaten for 45 as the Islanders piled up 6-253 in the required overs.

Mirwais Ashraf was the most successful bowler with two wickets whereas Shapoor Zadran, Dawlat Zadran and Hamza Hotak held one each.

Afghanistan went down with their first wicket at 8 while Noor Ali Zardan and Asghar Stanikzai enhanced the score to 53. The latter was clean bowled by Thisara Perera for 27 and the first was dismissed six runs later for 21. The middle order batting crumbled and the Afghani team was in deep trouble at 5-73 in 20.2 overs. The captain of Afghanistan was the highest run getter with 37 and the entire team surrendered at 124 in 38.4 overs.

Thisara Perera and Ajantha  Mendis were the top wicket takers with three each whereas  Chaturanga de Silva and Suranga Lakmal shared two each.

Sri Lanka grasped the one sided encounter with a huge margin of 129 runs and leads the table with 13 points. 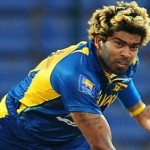 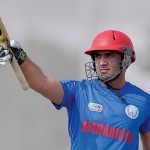 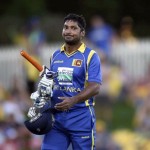