Pakistan has flustered England in the recently concluded three Test series 3-0 and the present squad under the leadership of cool Misbah-Ul- Haq became the only national side in the history to beat their rivals with a white wash.

A total of 110 wickets fell in the three match series out of which 75 were grasped by the spinners from the both sides which reflect their dominance as the seamers managed 35.

The mixture of youth and experience of Pakistan continued their journey towards prosperity while letting down the world no.1 team. The major destruction was witnessed from their spin duo of Saeed Ajmal and Abdur Rehman who counted 43 wickets between them.

England was bowled out twice in all three Tests and they were unable to covenant with the threatening spin bowling of Pakistan. Ajmal and Rehman remained destructive throughout the series and spun the rivals with their mysterious bowling. Ajmal was the highest wicket taker in the series from either side to grab 24 wickets and was declared ‘Man of the series while Rehman followed with 19 wickets.

The performance of the slow bowlers from both sides in the series was as follows.

The fast bowlers claimed 35 wickets who led by clinching 13, Umar Gul held 11; James Anderson and held 9 wickets, Aizaz Cheema and Jonathan Trott had one wicket each.

The batsmen remained at the mercy of the bowlers and mere two centuries were scored in the series by Younis Khan and Azhar Ali in the second innings of the final Test.

The breakup of the spinners in each match is highlighted as below.

The spinners dominated with 19 wickets and the fast bowlers bagged 11 out of 30 fell in the match.
Ajmal was declared ‘Player of the match’.

The spinners grabbed 31 wickets and the pacers held 9 wickets, Rehman was declared ‘Player of the match’.

The third and final Test took place at Dubai International Cricket Stadium on February 3, 4, 5 and 6, 2012.

The spinners clinched 25 wickets in the match and the fast bowlers claimed 15. Azhar Ali was declared ‘pLayer of the match’ and that was the only match where a batsman got the top honour the match.

The important role of the spinners can be witnessed as none of the three matches entered in the fifth day, the first match came to an end on the third day as the remaining two were folded back on the day four. 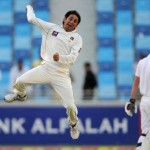 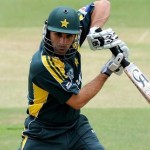 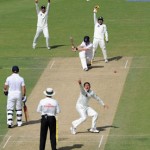